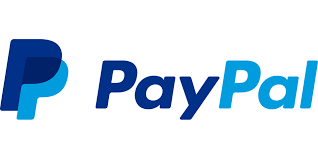 It’s is an online financial service that allows you to pay for items using a secure internet account. You simply add your bank account, credit card or debit card details and whenever you pay using PayPal, you can choose which of your cards or accounts it pays with. 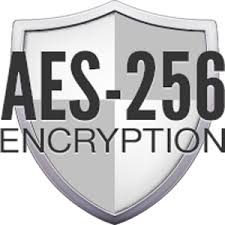 The Advanced Encryption Standard (AES), also known by its original name Rijndael (Dutch pronunciation: [ˈrɛindaːl]),[3] is a specification for the encryption of electronic data established by the U.S. National Institute of Standards and Technology (NIST) in 2001.[4]

AES is a subset of the Rijndael block cipher[3] developed by two Belgian cryptographers, Vincent Rijmen and Joan Daemen, who submitted a proposal[5] to NIST during the AES selection process.[6] Rijndael is a family of ciphers with different key and block sizes. For AES, NIST selected three members of the Rijndael family, each with a block size of 128 bits, but three different key lengths: 128, 192 and 256 bits.

AES has been adopted by the U.S. government and is now used worldwide. It supersedes the Data Encryption Standard (DES),[7] which was published in 1977. The algorithm described by AES is a symmetric-key algorithm, meaning the same key is used for both encrypting and decrypting the data.

In the United States, AES was announced by the NIST as U.S. FIPS PUB 197 (FIPS 197) on November 26, 2001.[4] This announcement followed a five-year standardization process in which fifteen competing designs were presented and evaluated, before the Rijndael cipher was selected as the most suitable (see Advanced Encryption Standard process for more details).

AES is included in the ISO/IEC 18033-3 standard. AES became effective as a U.S. federal government standard on May 26, 2002, after approval by the U.S. Secretary of Commerce. AES is available in many different encryption packages, and is the first (and only) publicly accessible cipher approved by the U.S. National Security Agency (NSA) for top secret information when used in an NSA approved cryptographic module (see Security of AES, below).

© Copyright 2020 Allaur Soft a division of Midnight Fey LLC, All Rights Reserved Use of this Site is subject to express terms of use. By using this site, you signify that you agree to be bound by these Terms of Service.